I always wanted to go down to the South Coast of South Africa. I decided to plan a trip to somewhere far down like Port Elizabeth. After discovering that it was an 8-11 hour drive, I settled to book @ The Lighthouse Inn situated at the Black Rock in Port Edward. We selected seven days of stay, from the 21st to the 28th of December. We left Saturday morning at 10am.  It was only a 2-hour drive that ran alongside the pristine beach shores, over bridges that crossed scenic rivers and estuaries. I arrived at our destination, Black Rock, which is where the Lighthouse Inn is located. The pounding waves is all that you hear as you are embraced by the sea breeze. There is a trail that will lead you to the beach and amongst the rocks that line the shores.

The next day (Sunday) I went to a local church called Southcity Port Edward. I was greeted and welcomed with much friendliness. This church only seated 60-70 people and the pastor was dressed in a shirt, jeans and takkies. He preached a really good message. He said that when the shepherds saw Jesus, they worshipped Him and went and told everyone about it. If you have an encounter with God, two things should occur: You worship Him in Spirit and in Truth and you are involved in evangelism. 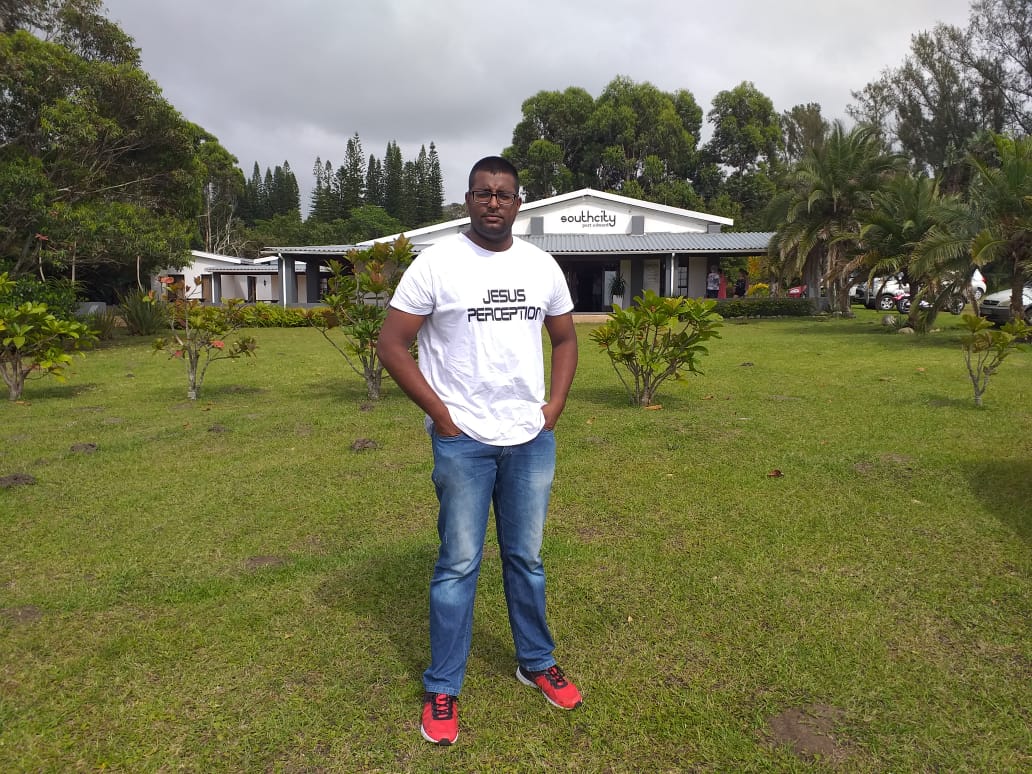 Monday was the big day as we made our way to Lake Eland, a nature reserve and adventure park in the heart of Oribi Gorge. On our way along the treacherous trail, I spotted bucks, zebras and wildebeests. Eventually, we reached the suspension bridge. It spanned 80m at a height of 130m above the gorge. The view is breathtaking but there is no need to fear falling off or through as the bridge is well caged. 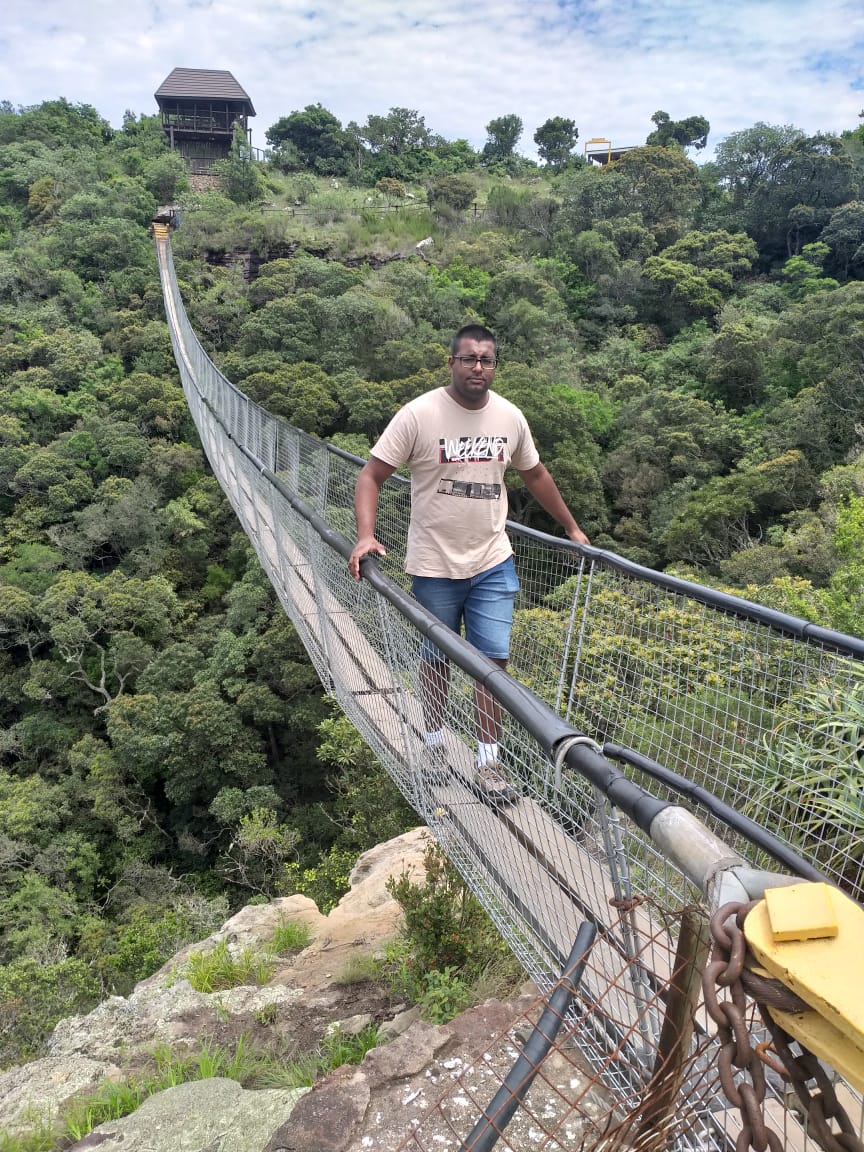 We then made our way back to the ziplines. This where things got intense! Its basically being hung upon a pulley system attached to a wire rope. There is also a safety wire rope that you are secondarily attached to. There are 14 ziplines, 18 platforms with a travel distance of 4,5Km. The ziplines vary in heights between 200m to 300m above the forest ground which means if you fall, you don’t get up again! You are then clothed in safety gear and equipment and briefed in an induction room. You go to your first platform. They connect you up and wait for the signal for you to go. With my gloved hands, I grab the strap that holds me onto the line and with my right hand, I grab the wire rope for stability and let gravity do the work. As I soar down to the next platform, I find myself thinking: “I don’t want to do this anymore!”

I brake by pulling down on my travel rope and I decrease in speed as I land at my next platform. 13 more slides to go. I cross valleys and forests, having a few seconds to glance at the amazing view that lies below me. At one point, I was ziplining way too fast and I braked but it wasn’t slowing down fast enough. I struck the stopper hard and I jerked, my knee kicks into the wire rope and it gives it a slight cut. I survive. I then crossed the lake and I underestimated the height I was coming in. The heel of my hiking boots struck the dark brown waters and I. Was. Wet.

Eventually, we reached the last platform after going through a tunnel. A bakkie arrives to take you back up to the office. The road back is so steep that if you don’t hold on to the handlebars, you will fall off! The road sometimes descends up to 45 degrees! When I reached the top, there was a staircase leading down to some caves. I had a look at it but it wasn’t that much. Just overhanging rocks!

On Tuesday, I went to the Red Desert, a 200m desert in Port Edward that has its own ecosystem. It was quite weird, I admit. The place resembled something from Mars! It was as if you were on another planet. There were large rocks but it wasn’t sandy or anything like that. We then went to the Wild Coast Sun and watched a movie.

On Wednesday, we went to Southcity Church since it was Christmas Day. Once again, the pastor preached a really good message. We went home and had a braai. After lunch, I went to the beachfront and frolicked in the waves. At the end of the day, I was battered!

On Thursday, we drove to the Riverside part of Wild Coast Sun, I went Kayaking which is quite difficult I must say. Your arms, back and legs feel it. I was at two places at once! Along the Umtavuna River, you are between KZN and Eastern Cape. The Eastern Cape bridge is a bowstring arch bridge that provides a way over the river.

On Friday, I went to Macbanana, which was an interesting place. They had a restaurant that served amazing food, a supermarket that literally sold everything, and loads of adventures that you could embark on. 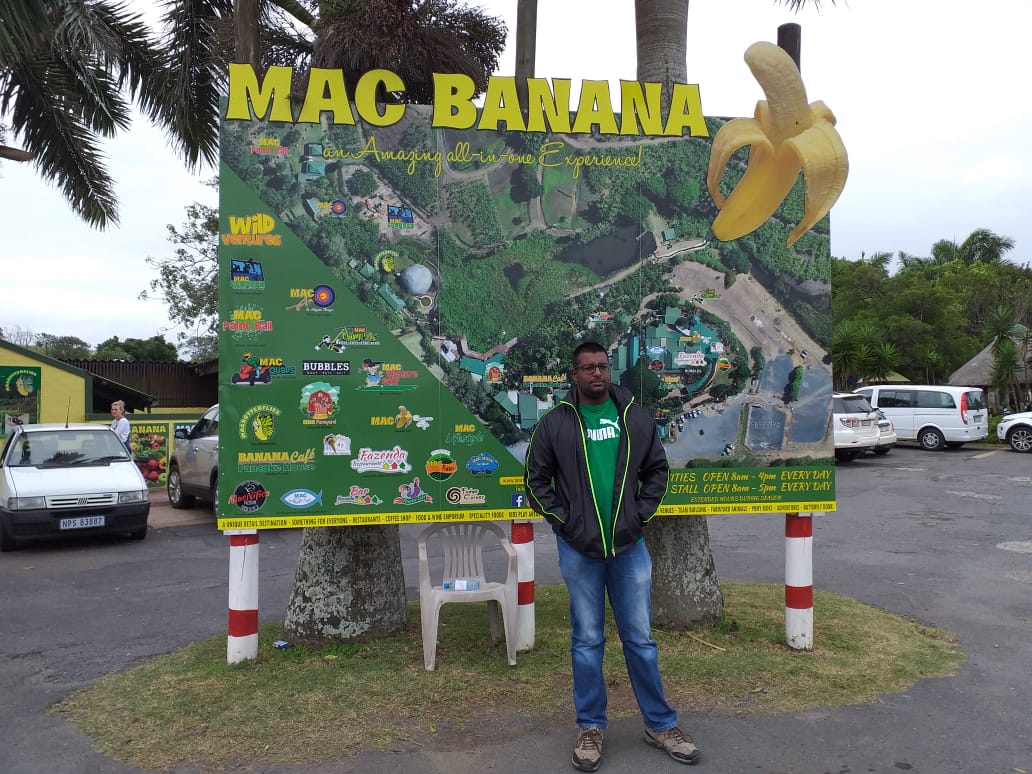 And finally, Saturday arrived and we packed up and left Port Edward, leaving no trace of our presence but taking loads of memories.