It’s more than a year since the pandemic began in Wuhan, China. Lockdowns were put in place to restrict the movement of people in order to stop the spread. Covid19, a virus that began in 2019, or did it? According to the NIA Intelligence, the Coronavirus hit asian countries in 2003. The CDC decided to patent it.

What we are experiencing is bioterrorism, an attack on people’s health, livelihoods, careers, finances and peace of mind. This isn’t something that happened by accident, it is a planned agenda. A virus is manmade. Currently, the death toll is more than 1.8million. Is there a cure? As there seems to be a push towards vaccines, no cure seems to be stated by the CDC, WHO or SAPHRA. Donald Trump stated that HCQ was the cure that it helps Covid patients to recover, despite many resistance from the health department. In South Africa, Ivermectin was said to be a cost effective drug that not only prevents Covid19 but also cures the disease. However, SAPHRA did not evaluate the drug and has made any import of such illegal. It is said that Ivermectin cured within 48 hours. HCQ and Ivermectin are drugs that have been used for years with no side effects. 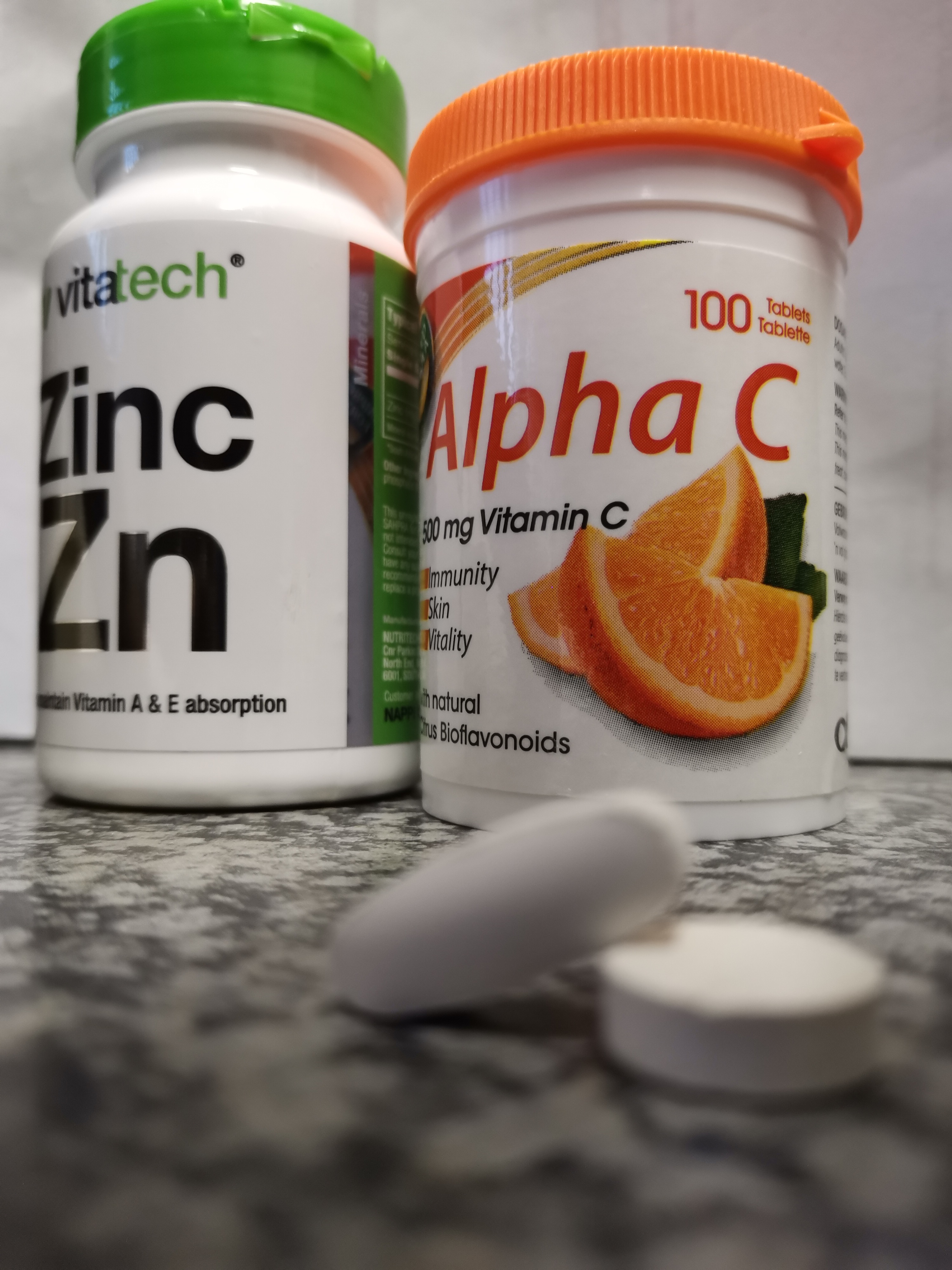 One of the main precautions one can take is the use of Vitamin C, Vitamin D and Zinc to boost the immune system. Strangely, SAPHRA hasn’t evaluated the medication either, neither do they suggest it as a cure for any disease. What we need is a healthy diet, a strong immune system and regular exercise. If we continue the way we live, eating junk food and living without proper exercise, we become susceptible to the disease. Vitamin D can be attained from receiving some sunshine for at least 15 minutes a day.

Now, the vaccines is not for your best interest. Besides the fact that it is made with MRC5, fetal tissue from an aborted baby in 1962, they had been growing the cells for the manufacture of vaccines. WI38 had been used to create many other types of vaccines. Remember, vaccines doesn’t cure you. The latest Covid19 vaccines contain DNA that will tamper with your genetics. This will result in your own DNA being changed. But it’s difficult to get into it, isn’t it? Last year, there was a break through in science, Emmanuelle Charpentier and Jennifer Doudna won the Nobel Peace Prize 2020 in chemistry for unzipping DNA with the use of gold nanoparticles. 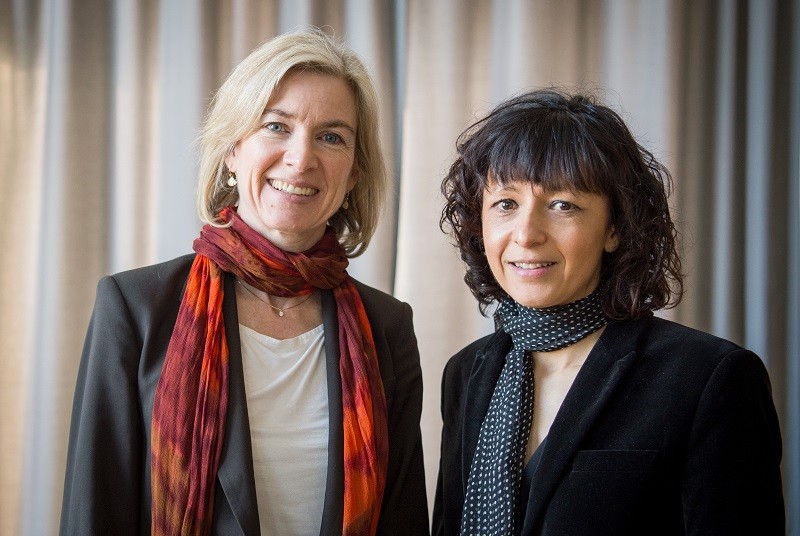 In this way, they can unzip your DNA and send instructions into it, redefining your genetics. For example, if you have a child with autism, you can alter the DNA and the child can grow up normally without any effects of autism. We can agree that Emmanuelle and Jennifer have made a breakthrough in science that can help change the lives of many in a positive way. But just like Ernest Ritherford who discovered the splitting of an atom in 1917, (Einstein discovered the splitting of the uranium atom several years later) which could be used for a source of energy, this was used at Hiroshima and Nagasaki.

This is an extract from the nobelprize.org:

“Emmanuelle Charpentier and Jennifer Doudna are awarded the Nobel Prize in Chemistry 2020 for discovering one of gene technology’s sharpest tools: the CRISPR/Cas9 genetic scissors. Researchers can use these to change the DNA of animals, plants and microorganisms with extremely high precision. This technology has revolutionised the molecular life sciences, brought new opportunities for plant breeding, is contributing to innovative cancer therapies and may make the dream of curing inherited diseases come true.”

CRISPR can also erase memories and add new ones. Ethically, is this allowed? Suppose a murderer bent on killing people based on revenge, it may seem helpful but if used for something evil? Is not memories a part of your soul and subconscious mind?

Remember, the vaccines are affiliated with Bill gates who has an interest in depopulation. In 2015, he spoke about preparing for an outbreak of a deadly virus or bioterrorism. Even though Dr Oz recently took the vaccine, a large number of doctors are warning others not to take it. In fact, many of them are refusing to take it. In Australia, those who took the vaccine received false positives for HIV. Besides the fact that all this is about money, these are the reasons why you should not take the vaccines: 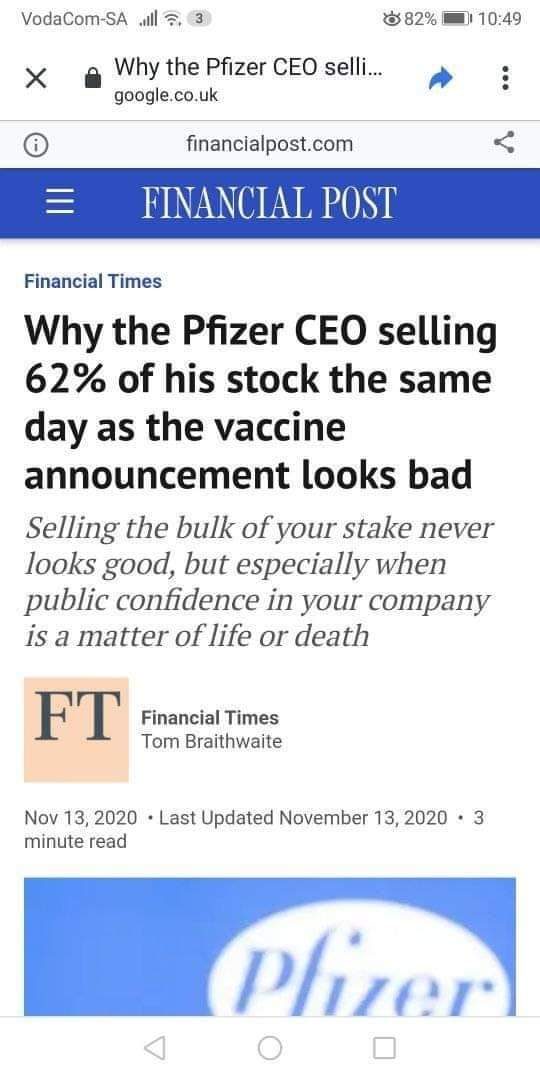 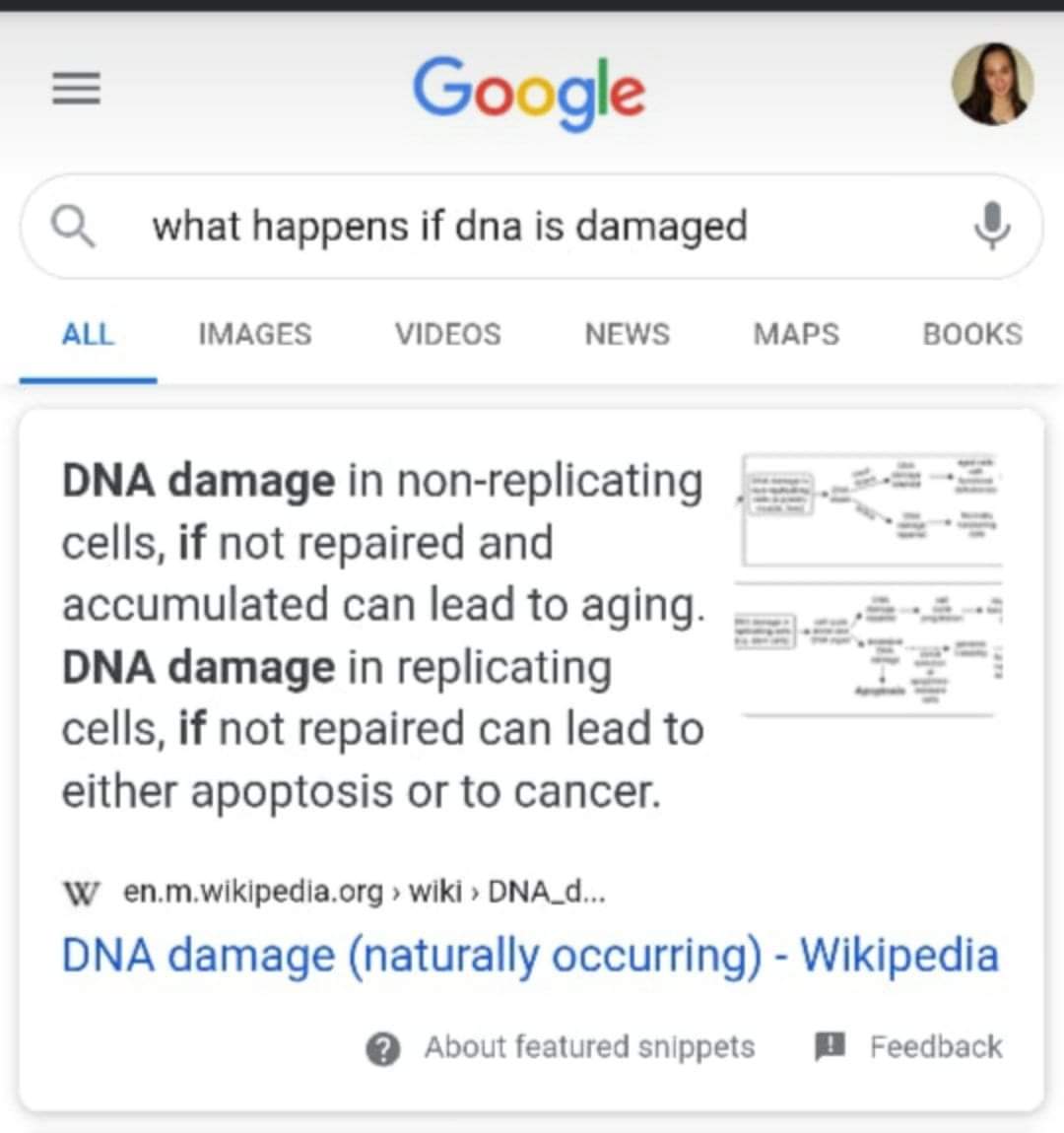 So why would they do all this? It is to push through the New World Order.

Which will be a cashless society.

There are videos about 5G being installed during lockdown. It’s integrity is up to you.

In the New World Order, they want to mark everyone who takes the vaccine. They can insert nanocrystals on your hand to indicate that you were vaccinated. They’ve taken an enzyme from fireflies called Luciferase that can light up on your skin and show you that you have taken the jab.

Wearing a mask doesn’t help. The only reason why we wear it so that you can go to work, buy groceries and not end up in jail. Wearing a mask and going out there thinking it works is like being a sitting duck.

Be careful when you are going for a Covid test. All they need is a swab of saliva, nothing more. A woman who was getting the test done had a nurse who inserted the swab too far in, resulting in leakage of brain fluid. This occurred because the the swab penetrated the blood brain barrier, making her susceptible to other diseases. Let’s not forget that some tests in America that were sent back as positive even though the patient wasn’t. A nurse sent ten blank test kits and it came back positive. Not all deaths are Covid19, many are placed under the virus to hype hysteria. People are being paid for this. We don’t now who but there is a great corruption coming out of all of this, which is enough proof that even in the trying of times, people will take advantage of the situation, even if it means that it leads to your demise.

So what can I say in conclusion? America is protesting to stop the reset but whether they prolong the inevitable or not, we must be prepared for the coming of Christ which is imminent. The days are evil and time is short. Now is the time to repent and surrender your life to Christ and live for Him. You can look up the links above and do your own research, you don’t have to believe everything written here. You have your own choice. The world as we know it is crumbling before us, because it was never made to exist forever…